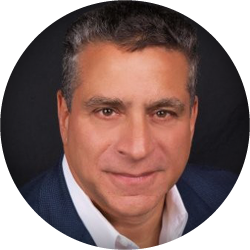 Jeff Pedowitz talks with Sal Patalano, Chief Revenue Officer for Lenovo Software. Sal shares how Lenovo defines his unique role as CRO and how the areas of marketing, sales and customer success are intertwined as part his responsibilities.

Sal began his career as Associate Director at the University of Miami (Florida) where he co-founded the Microcomputer Institute in the School of Continuing Studies. As a serial entrepreneur he founded his first IT company, which focused on developing and publishing software for Apple's revolutionary Macintosh personal computer in 1983.  After selling that company in 1988, he spent time as a consultant within the software distribution industry.  Starting in 1990 Sal co-founded the first of several IT companies focused exclusively on the resale and integration of IBM software. Coinciding with IBM's formation of Software Group in the mid-90's, he went on to build, lead and sell a succession of successful system integration businesses prior to joining IBM as a professional hire in 2007.  As a worldwide Vice President he held various roles, including head of software channel transformation.  In 2014 he joined CA Technologies as VP Global Channel Marketing.  In his current role as Chief Revenue Officer for Lenovo Software he is responsible for global sales and marketing, customer success and channel revenue.

An avid wine collector, athlete, author, amateur musician, and classic car buff, he lives life to the fullest under the beautiful skies of North Carolina. 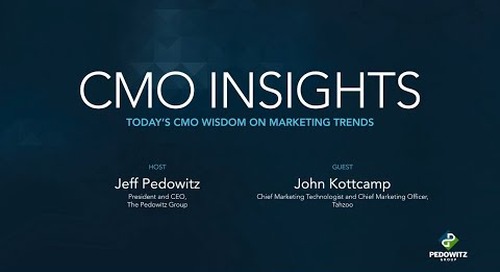 Jeff is joined by John Kottcamp, Chief Marketing Technologist for Tahzoo and he shares insights on how tech... 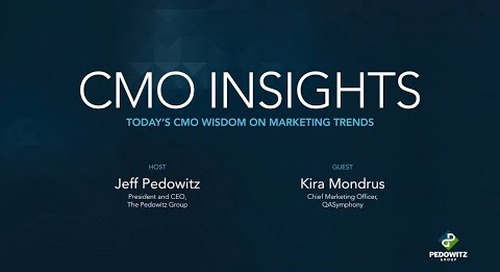 Jeff Pedowitz, president and CEO of The Pedowitz Group, sits down with Kira Mondrus, CMO at QASymphony. The... 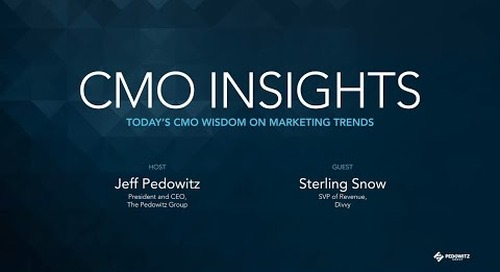 In this episode of CMO Insights, Jeff sits down with Sterling Snow, SVP of Revenue, Divvy. They talk about creating customer experiences throughout the whole life cycle, building your product around y 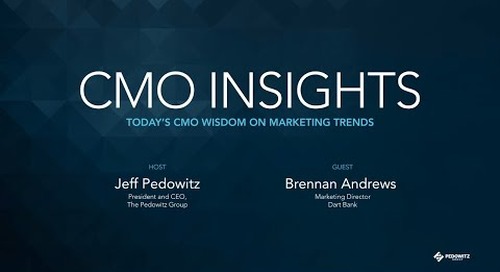 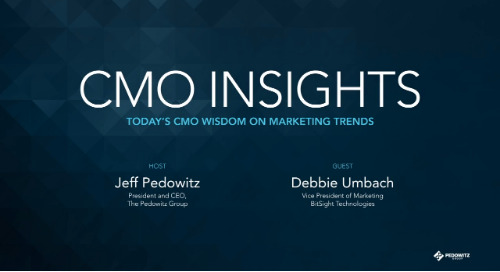 In this episode of CMO Insights, Jeff sits down with Debbie Umbach, VP of Marketing, BitSight Technologies. They talk about demand generation, how her past career in engineering impacts her marketing 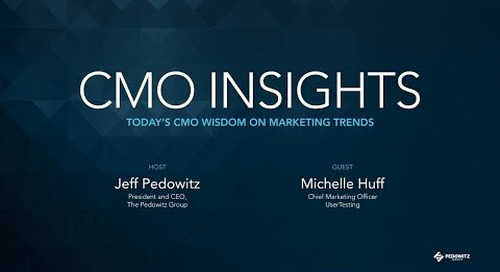 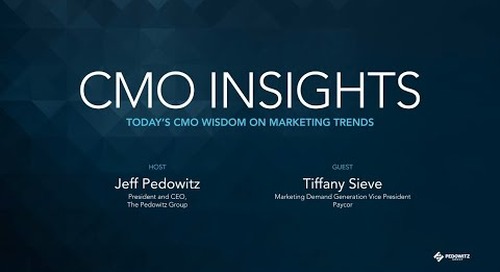 In this episode of CMO Insights, Tiffany Sieve with Paycor expounds on their journey and transformation to becoming Revenue Marketers, integrating their marketing strategy with new technology. 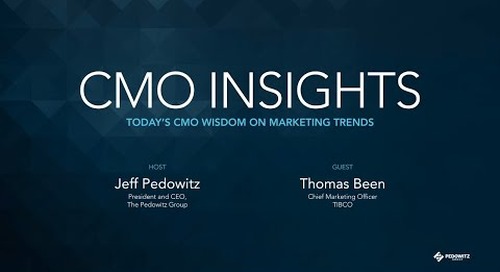 In this episode of CMO Insights, Jeff and Thomas Been, CMO of TIBCO, discuss providing a leading platform for digital businesses, marketing becoming more accountable in business and digital marketing. 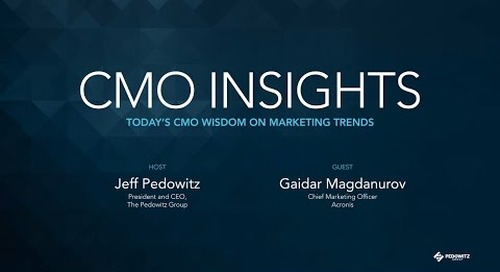 Jeff and Gaidar Magdanurov, CMO of Acronis discuss the complexities of being a marketer, how AI will change the role of marketer, and looking at the customer experience from the customer perspective. 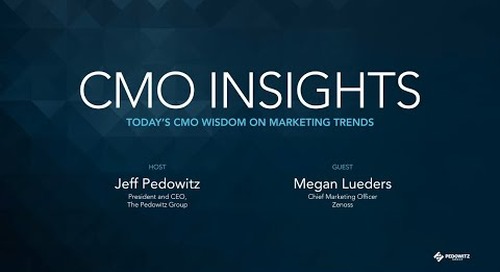 Jeff sits down with Megan Lueders, CMO of Zenoss. They talk about honing the marketing approach and ABM, aligning Sales and Marketing, fostering a culture of performance management and much more. 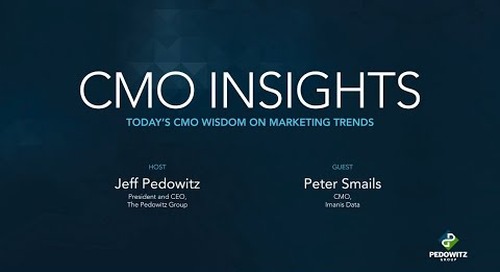 In this episode of CMO Insights, Jeff interviews Peter Smails, CMO of Imanis Data. They discuss how the cloud has changed data, driving awareness in the market and leveraging Marketo and Salesforce. 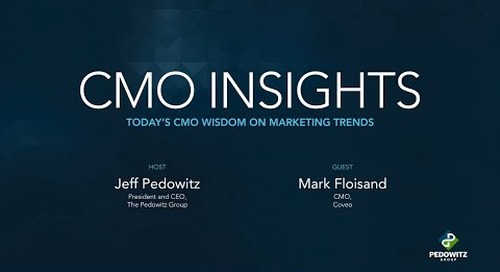 Today's guest on CMO Insights is Mark Floisand, CMO at Coveo. He discusses being personal, authentic and transparent in marketing, unifying data for the customer journey, and trust with customers. 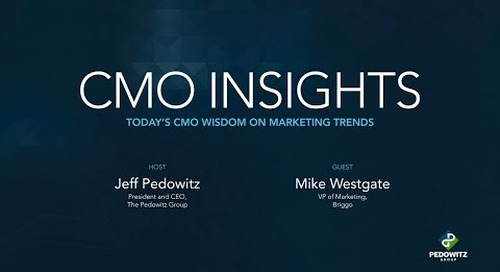 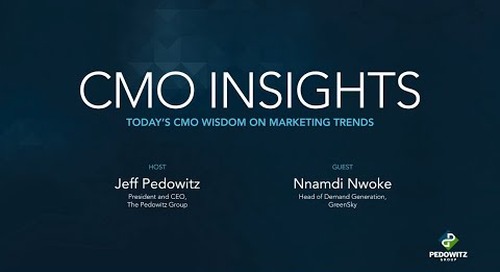 Jeff Pedowitz and Nnamdi Nwoke with GreenSky discuss the role of the everyday marketer, the importance of empathy and mentoring when growing your marketing team. 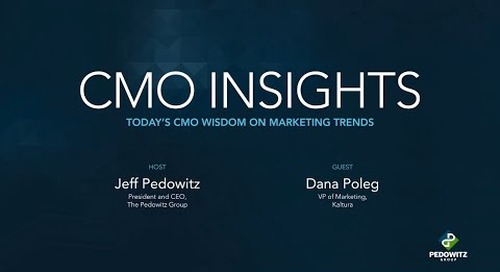 Jeff Pedowitz interviews Dana Poleg of Kaltura. They discuss changes to marketing in the last 5 years, MarTech, and building an effective marketing machine with a small team. 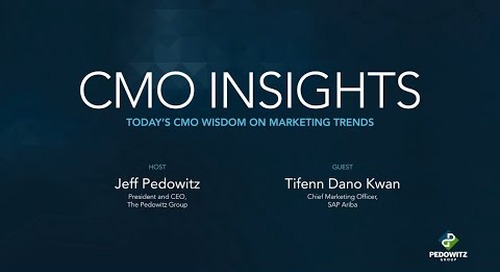 In this episode of CMO Insights, Tifenn Dano Kwan, CMO of SAP Ariba, discusses her journey upwards through marketing to the role of CMO as well as how her experience has shaped her marketing team. 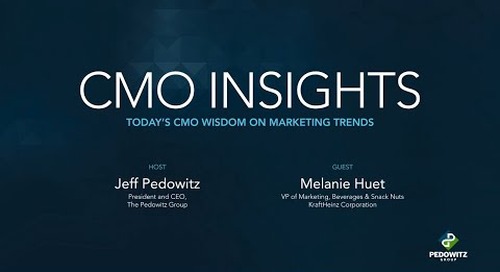 In this episode, Jeff sits down with Melanie Huet, VP of Marketing with the KraftHeinz Corporation and discuss brand and media innovation in a time when customers are using multiple screens and more. 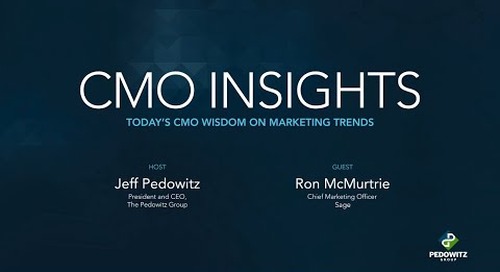 In this episode, Ron McMurtrie with Sage, expounds on the challenges of 28 markets and more than 3 million customers in a global organization and discusses unifying MarTech stacks. 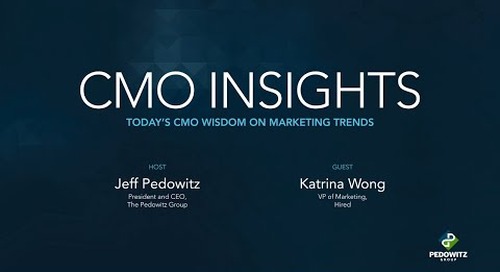 In this episode, Jeff speaks with Katrina Wong, VP of Marketing of Hired. Katrina talks about the importance of emotional connections with audiences and technology helping to prove marketing’s value. 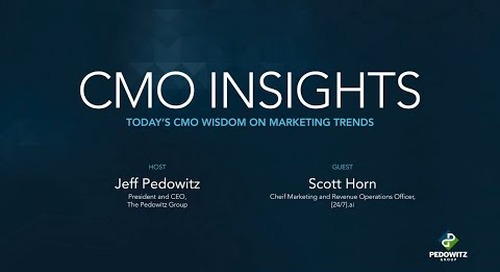 On this episode of CMO Insights, Jeff Pedowitz sits down with Scott Horn, CMO of [24]7.ai. Scott talks about how AI is revolutionizing transactions. He also discusses ABM and content marketing. 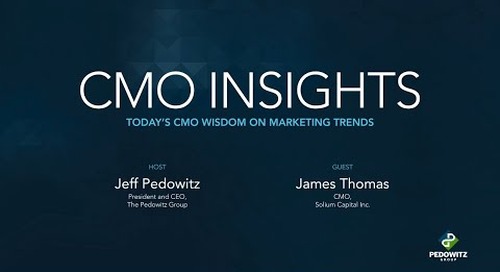 Jeff sits down with James Thomas, CMO of Solium Capital Inc.. They talk about equity management software and how Solium Capital's platform solves problems for both small and large companies. 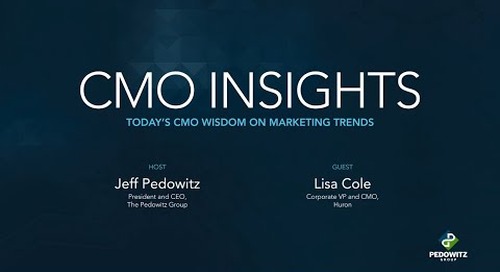 In this episode of CMO Insights, Jeff interviews Lisa Cole, Corporate VP and CMO of Huron. Lisa talks about what it's like to move from consulting to the client side.